For the past 11 years, the D'Addario Foundation has supported the efforts of Chicago-based Intonation Music which provides 145+ students in grades 3-12 with music instruction, instruments, mentorship, and the chance to perform on-stage across the city - all free of charge.

A dedicated Intonation Music student, Jonathan Campbell has been with the program since he was in the first grade. He shared that through Intonation’s programs he “got better at working in groups and working with other people.” He says, “Intonation means a lot. I’ve been around for 13 years, like a long time. And I plan on sticking around even longer. Even if I had a bad week, I know that band practice is going to make that bad week into a good week. It’s helped me to become a better person, a better musician. So Intonation has really provided a good spot in my life and it's just impacted my life like so much.” 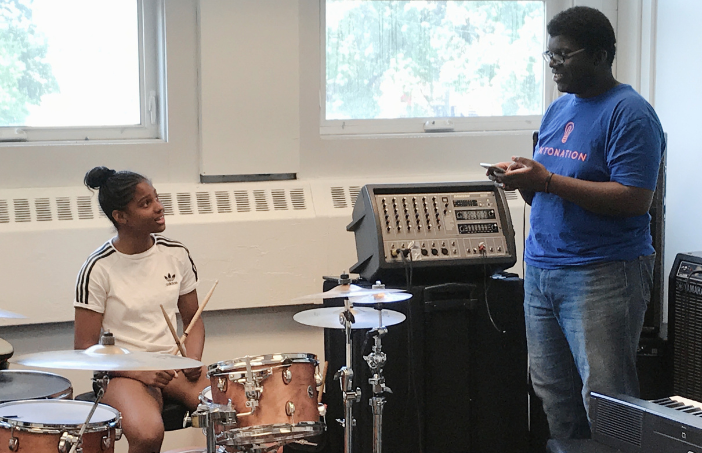 In his 12+ years with Intonation, Johnathan has been one of its most reliable and dedicated students, with near perfect attendance. He chose to focus on drums early, and has added bass and vocals to his skillset while also becoming a formidable songwriter and producer. He frequently pens lyrics for the bands he leads.

It’s been a joy to see Johnathan grow as a person over the years, surviving incredible personal loss with a sense of wisdom and maturity that is rare for his age. His mother, Wilhelmina Campbell, has noted his growth in both maturity and confidence as a person and a musician over his time at Intonation. His level of personal drive and good sense has also made Johnathan into a natural leader. Not only in a band setting - but as an educator himself. As a student he has led community drum clinics, and recently became an Apprentice Instructor for Intonation’s Summer Programming.

As our longest standing student, Jonathan represents everything we hope to achieve through our work: growth, dedication, skill and leadership.

Johnathan is a 2022 recipient of the D'Addario Foundation College Scholarship and will be attending Elmhurst University as a first-generation college student focusing his studies on music education, music production, music theory, and jazz. 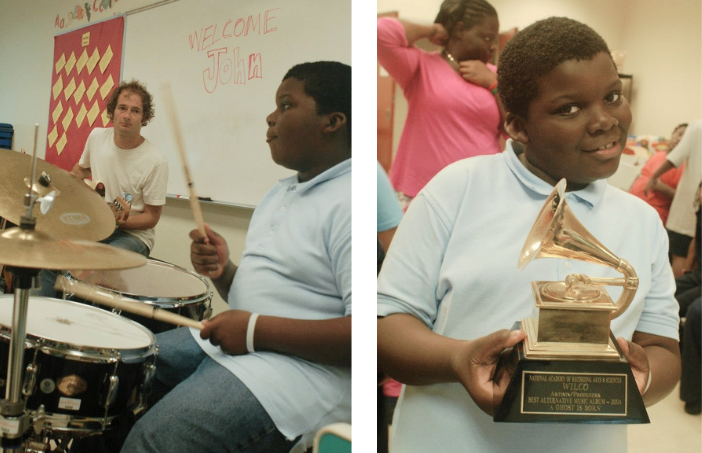 Pictured above is Johnathan with John Stirratt from Wilco in 2012. John visited Intonation's Fosco Park programming to do a Q&A with their students, show them his Grammy, and jam out on some of their favorite songs. 6 years later, Johnathan presented John with Intonation's Youth Amplifier Award at their 2018 gala (pictured below). 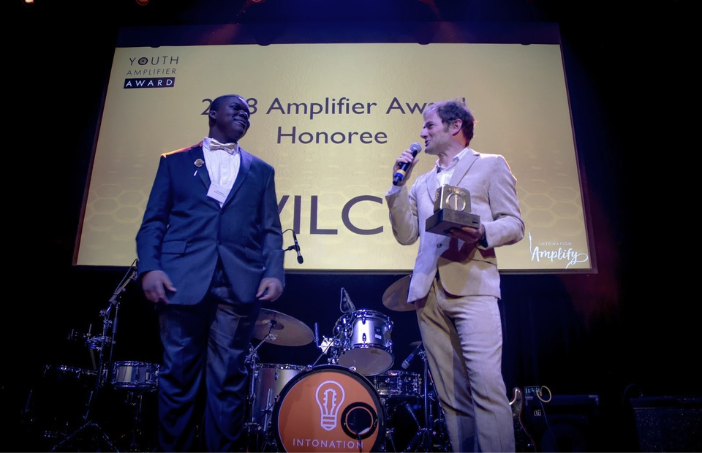 By helping pay for college, we empower the brightest individuals to become who they were always destined to be. 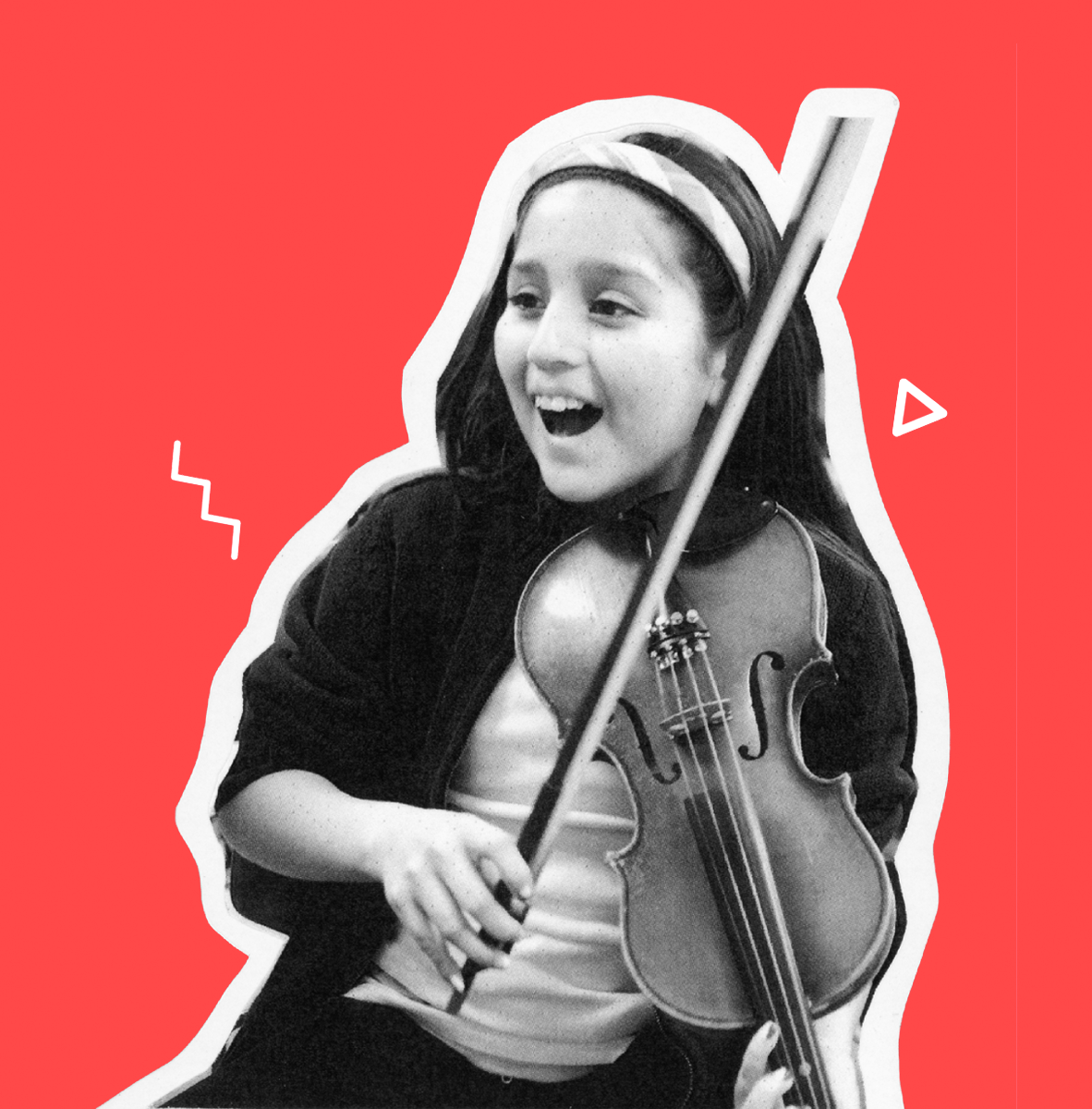 We provide transformative resources to offset the gender imbalance, helping girls find their place, both on stage and in the industry.